Bored with Reading? Listen to the Audio Summary!

Highlights of the Union Budget 2021

1. The government can establish one hundred new Sainik colleges.

2. The government plans to establish 750 Eklavya colleges in tribal areas. A Central University would be in Ladakh.

4. Finally, the government will also launch National Hydrogen Mission to get hydrogen from green power sources. Moreover, the recycling capacity of ports is proposed to be consequently increased by 2024. Also, the gas pipeline project is planned to establish in Jammu and Kashmir. Furthermore, the Pradhan Mantri Ujjwala Yojana (LPG scheme) to be extended to cover one crore more beneficiaries.

2. The Government will also set up an asset reconstruction company to take over stressed loans. Furthermore, the deposit insurance consequently raised from Rs 1 lakh to Rs 5 lakh for bank depositors. Furthermore, the Union budget Proposed to decriminalize the Limited Liability Partnership Act of 2008.

1. Firstly, Agriculture infrastructure fund to be made available for APMCs to spice up infrastructure. The govt. will integrate one thousand additional Mandis into the E-NAM market place.

2. Finally, the development of 5 major fishing hubs. It would also include Chennai, Kochi, and Paradip. The government will subsequently establish a multipurpose seaweed park in Tamil Nadu.

1. The government will be also be launching a portal to regulate and manage information on gig employees and construction workers. Moreover, the social facilities would be provided to gig and platform workers.

2. Subsequently, margin capital needed for loans via the Stand-up India scheme is attenuated from 25% to 15% for SCs, STs, and women. Union Budget 2021 introduced certain bound tax proposals, consequently providing relaxation to individual taxpayers and startups to some extent. Moreover, the individual and company tax rates for FY 2021-22 (AY 2022-23) was remained unchanged. Also the government. has raised the limit for tax audits under section 44AB  from Five crores to  Ten crore rupees  (only where Ninty Five percent of payments are digitized), providing relief to several corporate houses.

1. IT relaxation for senior citizens of seventy-five years ago and more than it.

2. Reduction in time for IT Proceedings.

7. Pre-filing of returns to be forefront.

Union Budget 2021 - How Retail Investors and Taxpayers Will be Affected?

1. The budget has also placed a cap on the Provident fund contribution that will earn tax-free income.

2. A big chunk of people subsequently contribute considerable sums to the Provident Fund to gain tax-free interest. Rs 2.5 Lakh per year, is now the upper limit. Also, the Union Budget has plugged a significant tax leak by this decision.

1. Before Union Budget 2021, multiple acts were overseeing the capital markets. Moreover, some of them were the securities contracts (Regulations) Act, Depositories Act, securities and exchange board of India Act, and Government Securities Act.

2. This Union budget unifies all these acts under one 'Unified Securities Market Code.' These would also help the market to boost business and cut compliance costs. Due to these proposed changes, there will be a significant reduction in clashes due to multiple rules and acts.

1. Union Budget 2021 also includes an Investor Charter for the protection of investors. Consequently, the charter would consist of the rights of financial investors across all the financial services.

2. Inclusion of Exchanges that trade in gold under SEBI. Furthermore, the plan is to set up a bullion exchange.  Also, a regulator for this kind of exchange will indicate quality assurance, risk management, high-quality settlement, and clearing.

3. It would also help to create order in the market and standardize a few processes, ultimately instilling confidence in the investors.

Union budget 2020 extended the tax benefit on affordable home loans for another year. People over 75 with only pension and interest as their income source are not required to pay Income tax as per the union budget, which is a major relief for senior citizens.

1. The advance tax payment on dividend income after the dividend payment declaration is also publicly announced.

2. There has been a lot of uncertainty and chaos among taxpayers while paying advance tax as the quantum of dividend is unpredictable to a great extent.

1. There are few changes proposed in the tax ecosystem as well. Furthermore, one of the changes was introducing tax forms pre-filled with capital gains, interest income, and few other details.

2. Also, one major change was for senior citizens above 75 years of age. Also, such citizens who only have a pension and interest income don’t have to file income tax returns.

4. These income tax reforms in the union budget will subsequently help to push transparency and help minimize frauds and bribery. Moreover, the government has also proposed to decrease the timeline for re-opening of the tax cases from the present 6 years to now 3 years only. This particular move may help decrease litigation delays for taxpayers.

The budget 2021-2022 takes a practical approach to growth with a focus on hard gains of fiscal rectitude. The motive of the Union Budget is to subsequently bring about the fast and very balanced economic growth of our country with emphasis on social justice and equality. Also, the major decisions are related to Education& Health, Agriculture, Corporate Tax, NRI Tax, and Income Tax and the union budget has further fuelled new aspirations for a better India.

What is the budget for COVID support?

Rs. 27.1 lakh crore has been allocated for COVID support.

What is the health care budget?

What is the budget for Swachh Bharat Abhiyan?

What is the budget for Atmanirbhar Health Yojana?

Budget 2021 does not make changes in income tax slabs.

During the Union Budget 2021 session Rs. 3.05 lakh crore has been allocated for the power sector. vamtam-theme-circle-post
 Category Financial Planning
Asset creation is not a distant dream for ordinary people like you and me, anymore....
Read More vamtam-theme-circle-post
 Category Financial Planning
The search for the best investment plan in India has gone a notch higher. The...
Read More 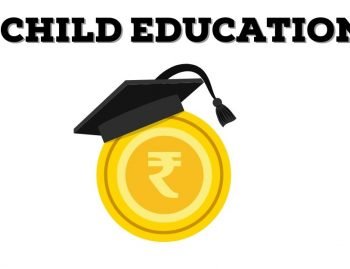 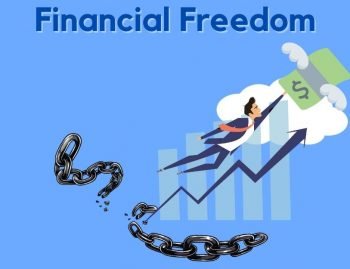 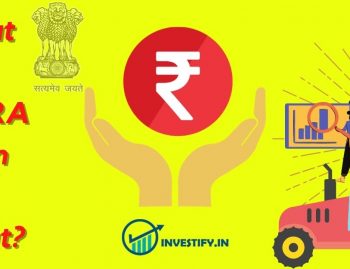 vamtam-theme-circle-post
 Category Financial Planning
The buzz among entrepreneurs these days is, "What is Mudra loan all about?". India is...
Read More vamtam-theme-circle-post
 Category Financial Planning, Investing
With the market momentum all set to pick up, there is a growing curiosity among...
Read More vamtam-theme-circle-post
 Category Financial Planning
Covid-19 and its financial impact have shaken the world for more than a year now....
Read More