Bitcoins in India and how to buy bitcoins in India! The talk of the town nowadays is a fascinating concept. Moreover, it is slowly drawing the attention of the world. A decentralized form of currency. Widely used for making payments between people and businesses. We discuss bitcoins in a simplified manner in the following discussion. Let’s begin!

Bitcoin is thus a virtual coin that has high value. Launched in 2009 by Satoshi Nakamoto. Also, it uses peer-to-peer technology to make payments between individuals or businesses. Stored in computers as a virtual currency. Exchanged over the internet between two parties. Subsequently, the need for a middleman is not there. In common parlance, also referred to as 'cash of the internet'.

Nonetheless, bitcoins are unregulated. Governments and Central banks have no control over bitcoins. The price of bitcoins thus depends on the demand and supply, i.e. market situation. Subsequently, bitcoins are algorithms that thus represent monetary units. Furthermore, 11 million bitcoins are currently in existence.

How are Bitcoins created?

Thus, making it less profitable. In simple words, bitcoins are computer files. Subsequently stored in a digital app on a phone or computer. People can thus send or receive bitcoins. Furthermore, blockchain is the ledger that records these transactions.

How is the price of Bitcoin determined?

The value of Bitcoin depends on the market forces of demand and supply. Moreover, world events and economic factors also determine the price of bitcoin. US Presidential elections, geopolitical situations, etc. are examples of such factors.

Typically known as digital gold, bitcoins are highly speculative and risky for those looking to profit in the short term. Gold in comparison is still a safe haven. However, with the changing times and backed by massive investments from Tesla and others, this mindset has begun to change. Bitcoins have recently touched their highest price where 1 bitcoin equaled $61,683.86. 1. Anonymous: Bitcoins transactions are totally private and confidential. While bank transactions easily tracked, bitcoin transactions are not. One can thus know only the addresses of the bitcoin wallets, vis a vis the sent and received pathways. To whom do these addresses belong is not known easily unless the owner's disclose.

2. Freedom to Pay: You can thus make payments to any person wherever you want. Different channels not needed. No borders can stop it. No effect of bank holidays or strikes.

4. Minimum fees: Most bitcoin transactions face minimal fees and at times nothing at all. However, if one wishes to get their transactions processed quickly, they can pay a minimal fee for the same.

1. Acceptance: Most people do not know about bitcoins. Despite many firms accepting it as a mode of payment, the list is small and needs to grow. Many countries don't accept it as a legal form of payment.

2. Volatile: Bitcoin rates are highly volatile and thus rise & fall. Speculators try to take advantage of it, while good investors find it risky.

3. Missing features: Most features in bitcoin are under development. It is yet to become fully secure and reach more people.

4. Government control: Government can not take away the bitcoins, but can ban them. There are many countries that have banned it or are in the process of doing so. Bitcoins face such risk.

5. No recovery: If you ever lose your bitcoin wallet, your savings are gone. There is no way to recover it. The other person who gets your account details can use it. Credit cards if lost in comparison can get blocked on contacting the merchant.

How are bitcoins taxed in India?

Bitcoins as a concept are pretty new in the Indian market. Many individuals are also asking how to buy bitcoins in India. The government has not taxed bitcoins so far. But, there are indications that bitcoins might be taxed or even banned in the coming times. As per the press reports, Income Tax can be levied on capital gains on bitcoins in India.

Moreover, it can be declared as a service and 18% GST can be levied. However, taxation will not make it a legal entity.

Bitcoins are an exciting investment. Mining generates bitcoins. It thus requires solving complex math problems. Also, it works on peer-to-peer technology. Blockchain is the public ledger of all such trades. Elon Musk had recently backed bitcoins which led to a rise in its value. People are curious about how to buy bitcoins in India. Online crypto exchanges like Coinbase, Binance, etc. sell them.

Benefits like privacy, freedom to pay, no govt control make it attractive. Lack of acceptance, volatile nature, etc. makes it risky. There is no taxation of bitcoins in India, but the govt may do so in the future. There are talks about banning it as well.

Bitcoins are new-age cryptocurrency(virtual currency). They are getting popular with the investors for a range of benefits they offer.

How are Bitcoins generated?

Bitcoins are generated through a process known as mining. Complicated math puzzles are required to be solved for earning bitcoins. The computers which solve it first, earns it.

Is it legal in India?

Not yet. They are not even taxed in India, but it might change in the future. The government is planning to levy taxes on bitcoins and the option to ban or restrict it is also being discussed. 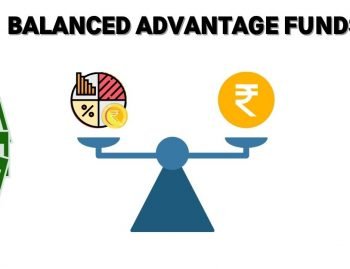 vamtam-theme-circle-post
 Category Investing
Balanced Advantage Fund is in the talks again among investors. Ever since the disaster of...
Read More

vamtam-theme-circle-post
 Category Investing
The real estate sector is all set to pick up post the second wave and...
Read More

vamtam-theme-circle-post
 Category Investing
Investors are searching for the Top NBFC in India to invest in 2021, just as...
Read More

vamtam-theme-circle-post
 Category Investing, Mutual Funds
The markets have been on an upswing and growth mutual funds have been in the...
Read More